Firstly and most importantly we hope everyone is safe and well in these tough times.

We finally have a return date for the return of golf and we are looking forward to seeing you again on the 29th of March. We thought we should do an update about what we have been up to, or rather what Mother Nature has allowed us to do. We have had 160mm of rain in December, 105mm for January and 61mm in February. We seem to have two weather patterns one being mild & wet or freezing cold. Due to these weather patterns we did not cut the greens between Christmas eve and the end of February and didn’t go out on any other mower between January 4th and the end of February. We are now finally starting to mow in preparation for the re-opening. All that being said we have still achieved a lot.

The Greens did struggle with the amount of foot traffic during the Christmas period, this was due to the large amount of rain (160mm) and full tee sheets. Since then, we have had very little recovery due to the cold temperatures and fewer hours of sunlight. We haven’t cut the Greens in two months as the longer the grass blade the more chance of the plant absorbing more sunlight and increasing growth, think of grass blades as solar panels for the whole plant. We made the decision to do Course Maintenance during Lockdown Three, this decision was made as we do not want to reopen then go onto temporary greens for our normal Course Maintenance at the end of March. We have Verti-Drained, Hollow Cored and Topdressed the Greens to fill up all the holes and as we had four weeks before your return we also scarifyed the Greens. This method removes nearly double the amount of thatch (grass equivalent to body fat) that Hollow Coring does. So when golf does return, don’t expect the Greens to be perfect straight away, we have decided to go aggressive with aeration now so that in August we can do less aggressive maintenance. We need soil temperatures to be at around 10c + to see enough growth to aid recovery, we will also overseed the Greens to speed up recovery.

The 6th Green, in particular, struggled with foot traffic so the decision was made to fill in the greenside bunker on the right and make it into a Green extension, the current size of the green is 350m2 and with the steep slope through the middle of the Green there are very little pin positions to spread the wear around the Green. So with turning the bunker into the Green we will gain an extra 100m2 at least, which will make a huge difference to this Green. We plan to put in another bunker on the right hand side but this won’t happen until next Autumn/Winter. The bunker turned Green has had drainage installed and a rootzone to match the current 6th Green rootzone. We estimate it will not be ready for play until July/August. It’s fantastic to see RGC so busy but we do need to make a few changes so we can cope with the extra amount of rounds. Expect a few tweaks to areas as the season goes on. 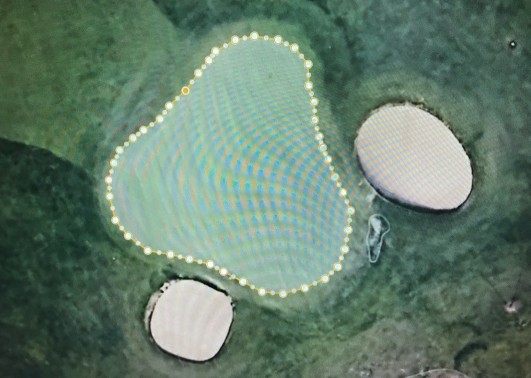 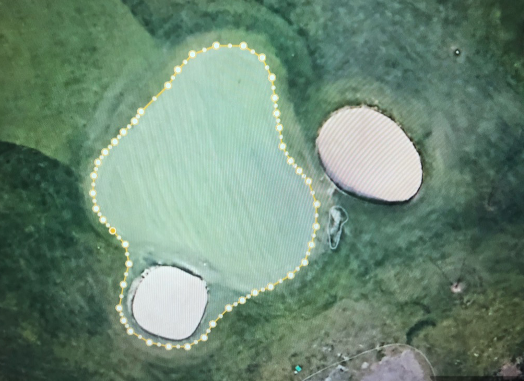 We have removed four large pine trees and a few weak trees by the 8th green, this green has always struggled with disease in the Autumn as it doesn’t get any sunlight until around 11AM as it just sits in the shade. Sunlight helps dry the grass plant from moisture such as morning dew. If the greens stay wet for long periods it results in Fusarium Patch and weak Poa grass types that are also prone to disease. The more sunlight the green gets the better it will be. Removing trees is always the last resort, we are very environmentally conscious here at RGC. The removal of these trees will result in less pesticides and will encourage finer grass that are less prone to disease attacks, so there is method to the madness. Those with keen eyes would have seen that all the trees by the 8th green have been dotted red for nearly five years so it’s always been a project we wanted to carry out. In December we removed nine Willow trees from the top of the first fairway, again this was done to reduce shade and will help this historic wet area dry out quicker. It will also reduce the amount of leaves we get on the fairway  and will overall make the area a whole lot tidier. In time we will increase the width of the fairway also.

Since Lockdown Two we have been auditing all the Irrigation sprinklers on the whole site, this means all have been taken apart & cleaned. On the Tees & Par 3 Greens we have reduced the sizes of the collars around the sprinklers as the old ones were far too big for sprinklers of their sizes. We have also raised them to ground level as they have dropped over the years, this well means the system overall should give us better coverage this year. We will finish the last part of the Irrigation project by moving the aprons sprinklers on the 1st, 3rd, 7th & 8th. These sprinklers are in the wrong place and they don’t give us good coverage in their current positions. We are also upgrading the software for the Irrigation system, this will enable me to control the system from home, so look out!

Since the beginning of the Pandemic we have seen a lot of change here at RGC, from the First tee area to all our new Greenkeeping equipment, all of which is a massive positive for everyone. We have also had three new members of the Greenkeeping Team, First we had Nathan Woodward rejoin us from Ham Manor. Nathan has been a fantastic addition and has now been promoted to my Assistant Manager. He brings a very positive attitude to our team and is tremendous with a Chainsaw. This has freed me up to do other tasks. We also have David Burrows joining us from Mannings Heath GC. He will be an excellent addition to our team as he brings 15 years of Greenkeeping experience. David has been involved in setting up for lots of top amature events and some professional tournaments such as the Euro Pro Tour a Sky televised event. Our Seasonal Greenkeeper George Burgess has also started, George will assist us during the season. He is a very smart young lad who is adapting very quickly to Greenkeeping. So when you all return make sure you make them all feel very welcome to RGC. We have also changed our team colours from green to grey and black, this gives us a much smarter & more professional look.

We are really looking forward to you all returning on the 29th of March to enjoy golf but please be patient with the Greens when you return, they will come good, they just need some consistent warm weather. We have put in great foundations for the upcoming season and we will see you soon.